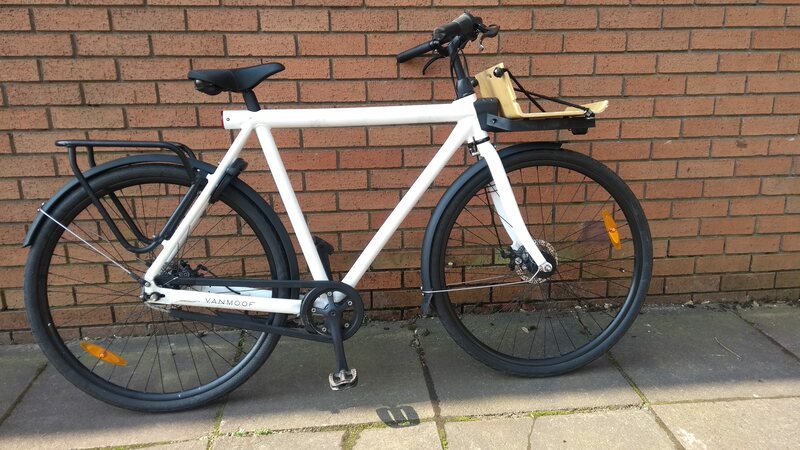 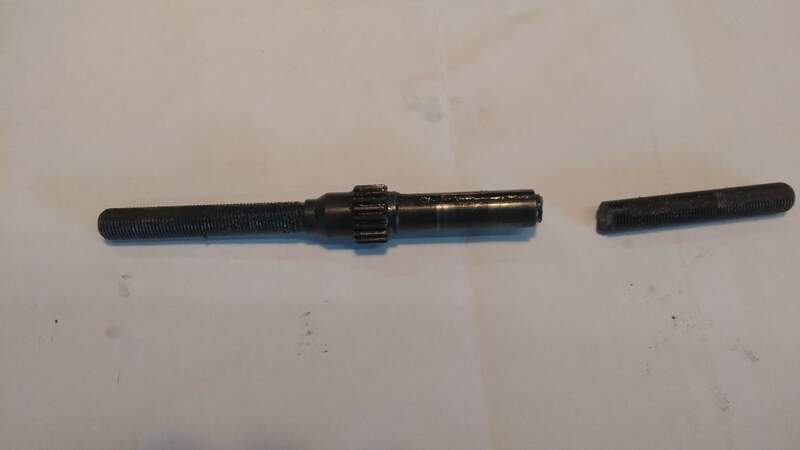 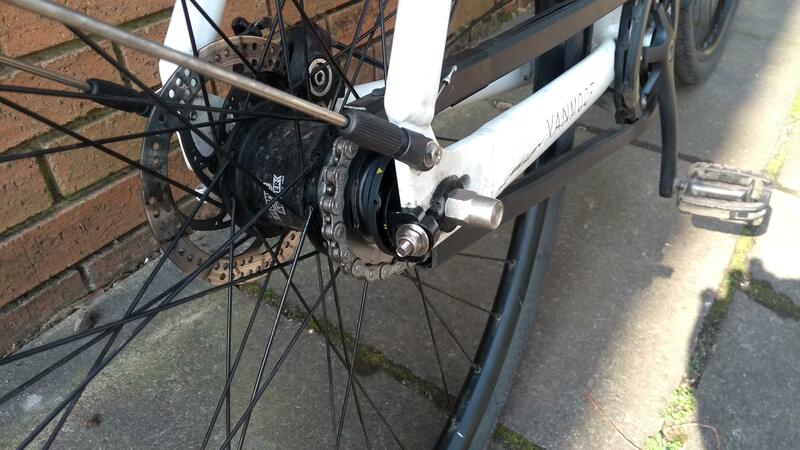 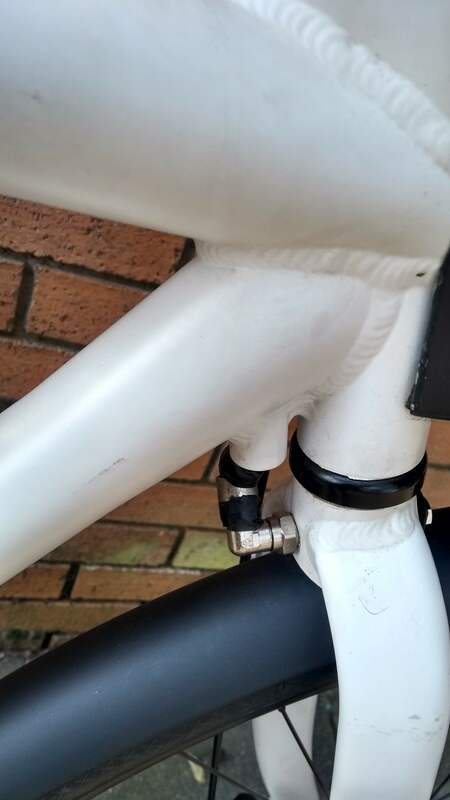 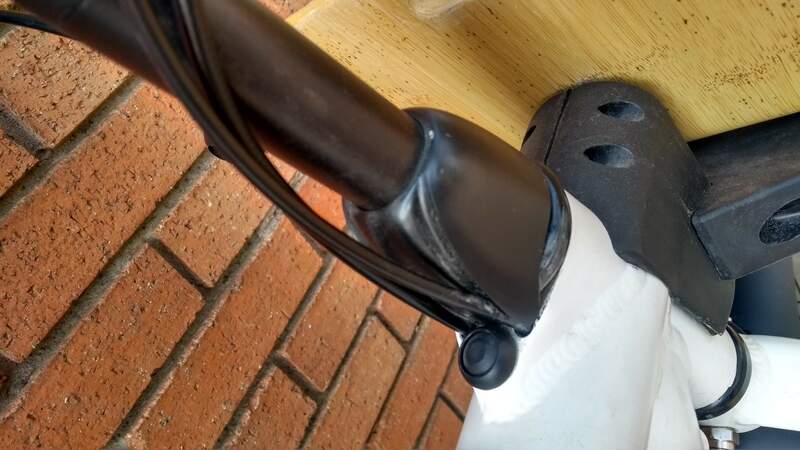 The Vanmoof is a highly designed bike, with many novel features which appeal to designers and style magazines. None of these things are new, and most of them make the bike hard to repair. It's also heavy and harsh to ride.

This one came in because the axle in the rear 3 speed hub had snapped. This is rare, but not usually a difficult job. For reasons of styling, a rotary shifter hub had been specified instead of the more usual pull chain version. There were no replacement axles in the UK, so I had to prevail upon the wholesaler (The Cycle Division) to add one to their next order from Sturmey Archer Europe. After a month this part arrived and was no more difficult to install than any other unfamiliar hub gear.

The real problem is the cables inside the frame. This makes it look all smooth and clean, but replacing them will be a nightmare. To replace the gear and rear brake cables the bottom bracket will have to come out. This is simple enough in the factory where it is assembled by practised workers with special tools, but much less pleasant in the general workshop.

It also has disk brakes and would be far better with drum brakes.

It would be simpler, lighter and cheaper to make this bike out of steel with the cables where they can be seen. Vanmoof offer a service where they will recover your bike if it gets stolen. If I had one of these I would be pleased if it was stolen. They are making electric versions and now offer smartphone connectivity, their website is here.