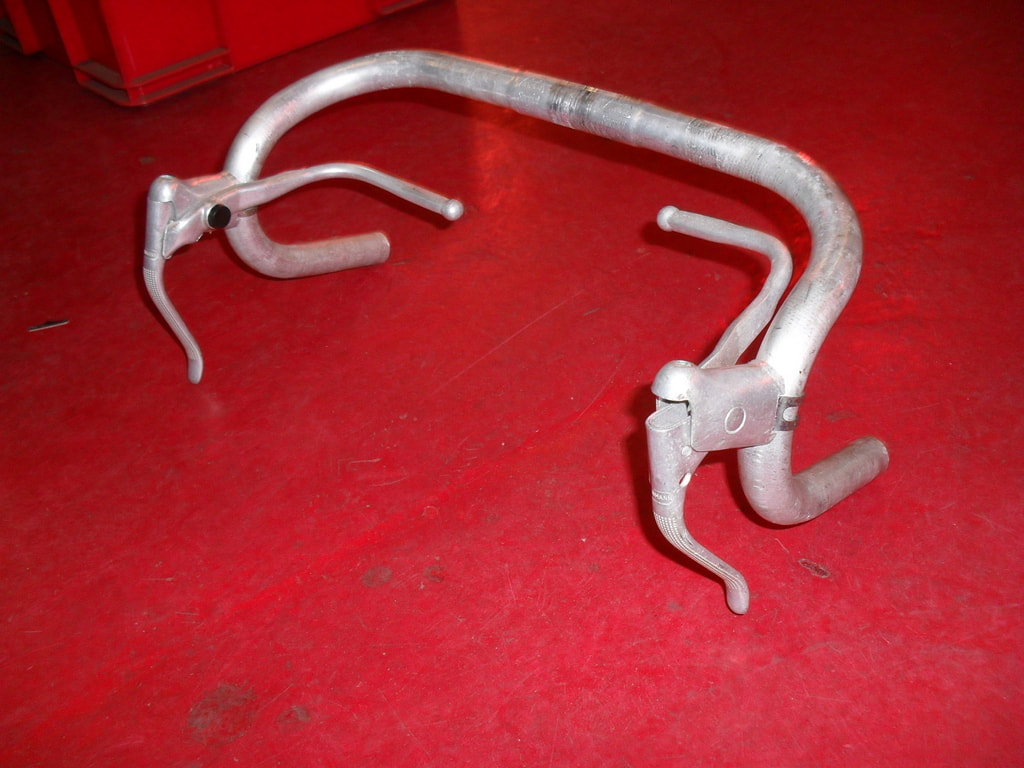 Brake lever extensions, sometimes called safety levers, are the extra bits of metal fitted to the inside of the main brake levers. They let you apply the brakes while holding the upper part of the bars. They were very common on bikes in the '70s and '80s, when the sports bike or Racer was the bike to have.
​
The problem is they don't work very well. Indeed often they have no effect at all, because in order to work they have to be carefully fitted to a particular shape of handlebar, and the brakes have to be precisely adjusted.
Safety campaigners and some authors dubbed them "suicide levers". That didn't stop them being made. They disappeared with the coming of the mountainbike.

If you wanted these on you bike you really should just get something with flat bars. We never sell bikes with these.

The modern supplementary or cyclo-cross brake lever, operated from the same place but working directly on the cables is a far better system. They work really well.