Members of the League often go to the cinema. They are confused and perplexed by "Multiplexes" and prefer traditional Picture Houses where you pay with cash and get a proper paper ticket.

Here are some of the films they have watched and what they thought.

A Boy a Girl and a Bike 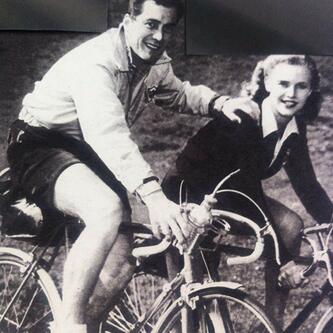 This 1949 romantic drama is the favourite film of LCP members, and epitomises the club life of Proper Cyclists.
The plots are slight, what carries the film is the period detail and cycling scenes. The male leads have faded into obsurity, but the female stars became very famous. Diana Dors plays the bad girl, and Honor Blackman plays the central character, an independent woman who appreciates a fluted crank. She doesn't need a man to fix her puncture, and even when she uses the tyre lever the wrong way it doesn't matter as she is so beautiful.
The bike thieves then were harder working, and painted the bikes before selling them on.

This film is on YouTube, just type the name in.

And soon the darkness 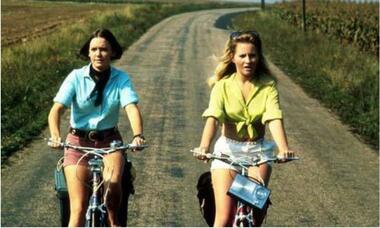 In this 1970 horror, two women are on a cycling tour in France when one goes missing. They are riding very boring roadsters and don't seem to be enjoying the cycling very much, probably because they are in a boring flat area.  Very few LCP members have watched to the end. 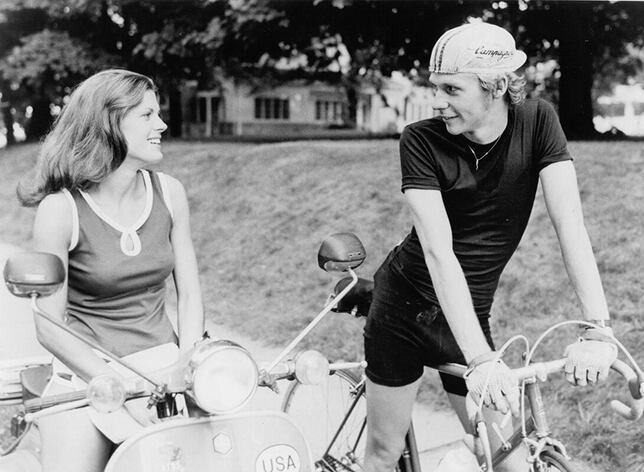 This critically acclaimed coming of age drama from 1979 has many great cycling scenes, and does convey the joy of riding. Again few LCP members have watched it all the way through, as there is a gratuitous and explicit leg shaving scene which has led to walkouts, demands for refunds, vomiting, and in later years, several televisions being kicked in.

A load of utter nonsense. Captain America goes past a shop clearly selling bicycles and doesn't go in to look at them. Granted he is chasing a Nazi assasin, but still. 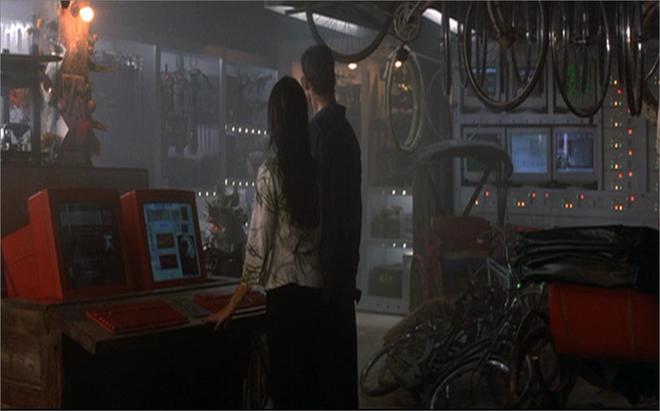 This 1997 James Bond film has the bike shop everyone secretly wants their shop to be. At the press of a button, walls slide back to reveal secret gadgets and weapons. As usual Bond completely fails to ride a pedal bike. 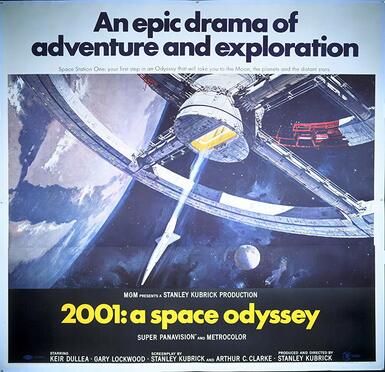 At one point towards the end of the film, a computer sings "Daisy Daisy", a song about a sociable tandem. Apart from that, this supposed "classic" is entirely devoid of interest.