Big Trike is an icon of the project. Some projects get a van, we have this. It's been with us from the start and has been used for transporting all sorts of things, moving bikes, going to the dump and carrying dragons in parades.

The gallery below shows Big trike as it was in April 2018. There's more about it after the images. 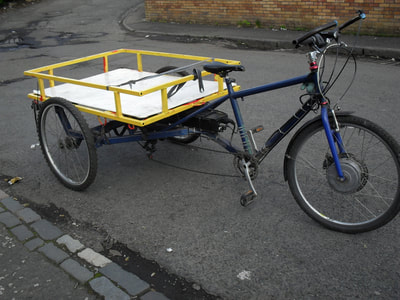 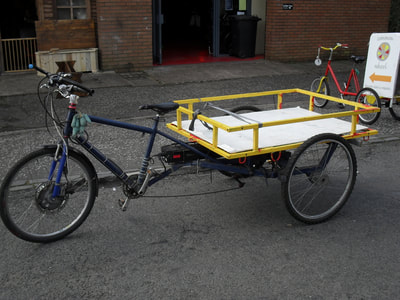 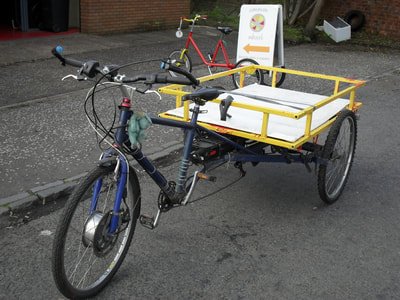 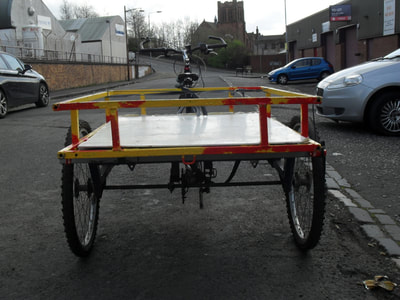 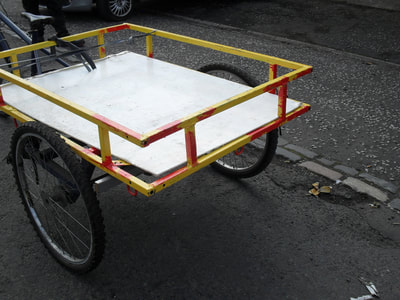 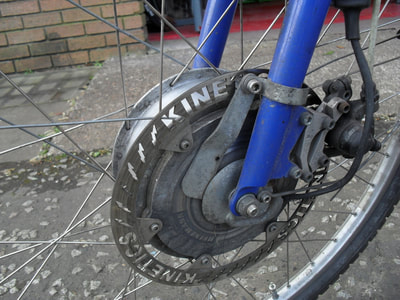 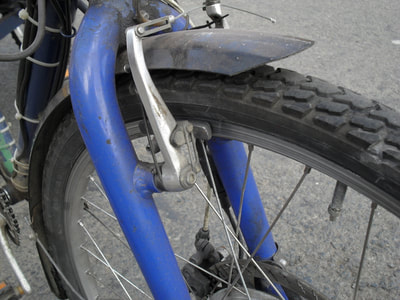 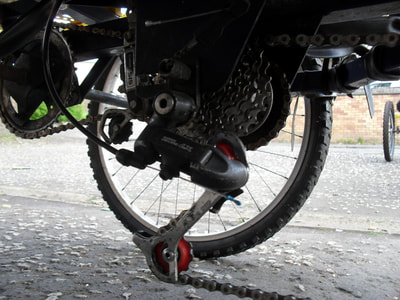 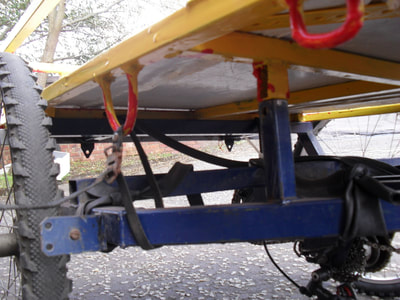 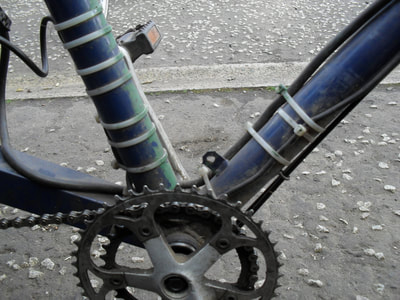 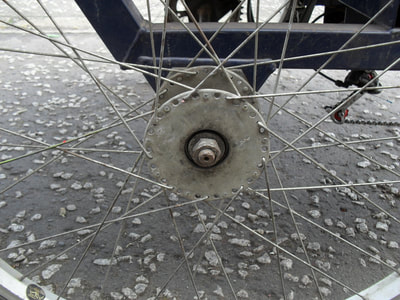 Big Trike was originally a rickshaw.  It was made in Birmingham and fitted with a Bangladeshi rickshaw seat and canopy by the Oxford Rickshaw Company.  Esteemed founder Colin Guthrie bought it as a 20th wedding anniversary present for his wife. Strangely enough she never rode it. He disposed of the very heavy seat and gave it to us.

It's an easy trike to ride. It doesn't react quickly and so far no-one has tipped it over.

In traffic, everyone keeps away from it.